About me - in a nutshell
My name is Włodek Krakowski. I am an independent technical trainer and speaker at conferences specializing in issues of working with legacy code and technical debt through refactoring techniques. I live in Krakow, Poland, but travel to help my clients a lot… 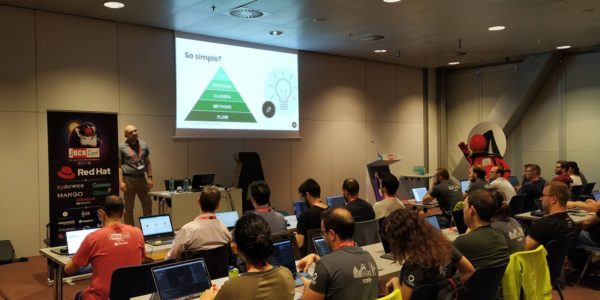 Refactoing Out Of God Object Antipattern 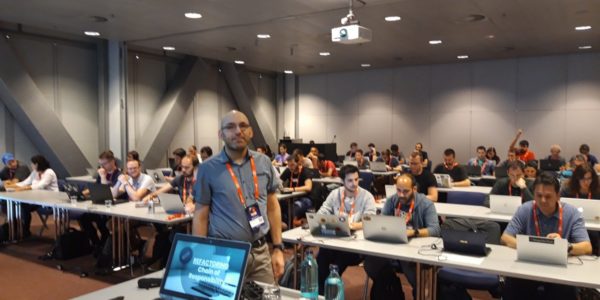 Refactoring into chain of responsibility 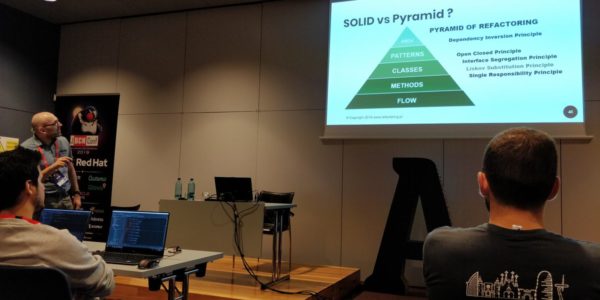 Refactoring Pyramid is SOLID
I’ve been interested in the subject of quality of code for a quite a long time. Since 2001 I’ve gone through different quality perspectives, starting from times when I was employed as junior software developer, through role of a team leader and ending with becoming an independent technical trainer. Currently I help my clients to ask right questions to find the right answers in order to maintain / regain quality of code.

Shallow question about quality
Should the quality of code be of the goal of a developer? Hmm… In my opinion the question should be stated slightly differently so we can think about it from wider perspective.
Regardless how harsch it sounds – in terms of business thinking – the goal of each programmer employed by any company is providing business value to the customers. But this goal can only be achieved by providing software that works correctly and solves the customer’s issues. If your company is not able to provide expected functionality and sell the product – then all the software that has been written is useless – regardless of its (maybe very high) quality!

Mature questions about quality
Once we know that first of all our product needs to work correctly and bring the business value to our customers then we can ask ourselves slightly different question : Is it possible to provide expected business value based on code of poor quality like unreadable, untestable, badly-designed? Is it possible to do this especially continuously in long term? How likely will we be enhancing and extending our product with new features or changes to the code? What skills do we need to overcome such challenges? 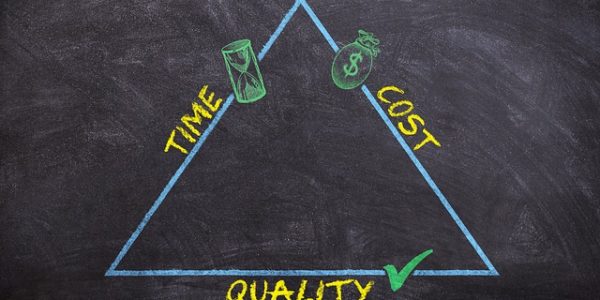 Coming into the above questions about refactoring took me really a lot of time. But now I know that we can find the right answers only if we ask ourselves the right self-learning questions. This is what I do wish you a lot!

My story - from programmer to speaker
I started working as a programmer in 2001. I did take care of the quality of code and at that time I thought that the quality of the code I write is the goal itself. I was surprised why the business people were not that enthusiastic about the improvements I’ve been introducing into my code and was proud of… Most likely because the code was still providing the same functionality whereas the clients were waiting for new features…
Focusing on business quality only was working quite well upto certain point of project size. Behind this point our customers were able to find cases where the functionality didn’t work as expected and they were faster than us in doing it… Moreover while we were correcting existing defects we were introducing new ones….
Time was going on. When searching for better code quality I was changing jobs or teams in the companies I was working for. At a certain point just by coincidence I joined a team that was partially doing some programming, some administration but also some technical trainings! We were also allowed to introduce new trainings so I could take part in doing this. This way I could try playing with my own trainings in the company as well. 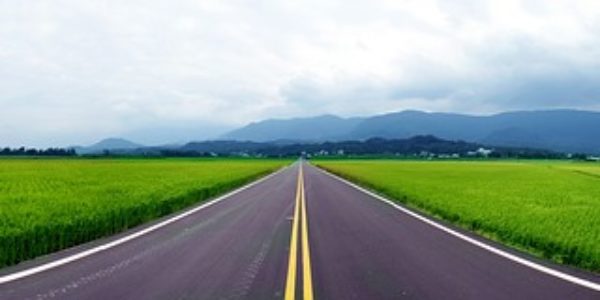 And at this point my journey with teaching started and I knew it is my way to go.
Later I change my job one more time and became a team leader. I was responsible for building a team from scratch, and moreover we were writing a new product from scratch.
The above experience allowed me to look at the issue of code quality from additional perspective – organizational one. This is because you need to find time for maintaining quality through refactoring – not as something additional that can be omitted by but something that is part of software development process.

Trainer and public speaker
Between 2013-2019 I was delivering my own technical trainings in the companies I’ve been working for as a developer or team leader. During this time I provided about 50 trainings days in Sabre (Dallas,TX and Poland) and similar amount of trainings in Ocado Technology (Poland, UK, Spain, Bulgaria).
In 2013 I took part in a project called Sabre Academy dedicated to students of computer science. I led lectures and workshops about refactoring for students of Jagiellonian University, University of Science and Technology (AGH) and University of Technology (Politechnika Krakowska).
All the conferences where I gave refactoring talks and workshops can be found at Conferences tab.